Libresoft is a research group based at the public research university Universidad Rey Juan Carlos (King Juan Carlos University) in Madrid, Spain. The group consists of about 25 researchers and support staff. Libresoft’s focus is on the quantative study (research) of libre (free, open source) software and development in different areas such as software engineering, mobile technologies, virtual communities and e-learning.

Libre Software as an Educational Resource 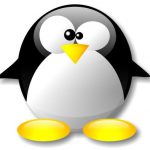 a wealth of opportunity within the field of education but it doesn’t come without some challenges. One of the distinct advantages to libre software is of course that a lot of tools can be had for little to no expense. Libre software is also, for the most part, easy to use, is able to be adapted to particular needs and customized for each application. Besides these benefits libre software allows educational institutions and individuals to have access to fully functional software without having to allocate significant funds for expensive software licenses. Libre software can often be used in place of well-known software that must be purchased that, often at great expense and requires updating at additional cost. The user gets most of the advantages of the expensive version without the hefty price tag, which for many educational institutions is important because they don’t have the fund to allocate to expensive software.

While the obvious cost advantages make libre software highly desirable there are aspects of the free, open source software that may cause some educational institutions to shy away from using it. The main one is that it requires the user to be capable of adapting the software to their specific needs. Unless the user is very familiar with using libre software this may require hiring someone to assist with set up and maintenance, or make it not viable for an educational institution that doesn’t have anyone available or the money to pay someone. Most libre software programs have a license that never expires and is free.

There are some people who believe that libre software is every person’s right, and that all software should be free to use. By restricting the use of certain software and charging high prices for it those that may need it the most to further education are being denied access simply because they are

With Libre software the user has the freedom to use it as they see fit. The user has access to the source code and is able to make changes to it to make it work for their specific application. Libre software can be copied and given to others to use as they see fit. The user can copy their own modified version of libre software and share it with others. There are no restrictions on the sharing of a modified version of the original software.

The beauty of libre software (free, open source) is not so much that it is available at no cost, but that it allows the user the freedom to doanything they wish with it. It removes the need to purchase licenses. When a copy is made and shared with someone else there are no legalramifications. When the source code is accessed and tweaked to suit the user’s specific application the user is notdoing anything illegal. When a user makes changes that improve on the original libre software every user thereafterbenefits without having to pay for an upgrade. Free truly means free in all meanings of the word. 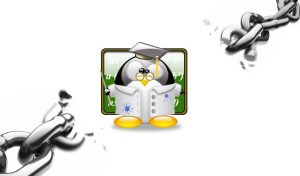 For educational institutions the possibilities with libre software are endless. Not only can libre software be used to help with administration of the school or university, but as a teaching resource it is invaluable. Students can begin with a piece of libre software and learn how to rewrite the source code to make the software do whatever they want it to do. Because the software is free there is no financial loss should the source code be tweaked incorrectly by a student. Provided copies of the original software were made the student can obtain a copy and start their project again, learning where they went wrong as they go.As part of the learning process students use libra software tools and apply their knowledge in all kinds of projects compatible and operational on different platforms and devices. Comprehensive guides and video lessons are at their disposal thanks to leading developers and programmers.
The same people who believe that all software should be free believe that schools should only use libre software, and that students should only use free software to learn on. The consensus of opinion is that by teaching students to use proprietary software they will be restricted to buying that proprietary software for themselves when they leave school. It is a way for proprietary software developers to insure future sales of their software, and such companies will often provide schools with a free or very low cost version of their software to encourage this.

This information was kindly provided by

Teaching students to use freesoftware gives them a level of independence that they cannot have when all they know how to use is proprietary software. Once a student knows how to read and write code they will no longer be limited to using proprietary software. Libre software will give them a freedom and independence to create their own software and share it with others. Each time a piece of libre software is improved every student will benefit. If education is the key to our future, then libre software is the door that will open to a better, freer world. In the long term libre software will enrich us all.

A tool to analyse software repositories

Luis Cañas-Díaz holds a Master’s degree in Computer Science from University Rey Juan Carlos of Spain (Madrid). Currently he works researching about software quality and evolution in LibreSoft. During the last two years he worked in the deployment of collaborative environments ( such us OSOR and Morfeo ) and regular maintenance tasks over several platforms which are based in Libre (FLOSS) Software.

Luis landed on Libresoft on October the 15th 2003, he joined the LibreSoft group after ending his first 3 years degree. During these first years in LibreSoft he worked as a developer on LAMP environments, system administrator and currently as researcher. Four years after joining LibreSoft, Luis finished the degree in Computer Science working in a Master Thesis called mucode which aim was to identify the most popular/critical parts of GNOME applications with feedback obtained from real users, the documentation is available here (in Spanish)

In his spare time he likes to practice sports (like football, cycling and martial arts) and photography (he loves his Canon 350D). Besides, he likes to have a “first guitar lesson” every 12 months V_V

Daniel Izquierdo-Cortazar is a PhD student at the Universidad Rey Juan Carlos in Móstoles, Spain. He earned a degree in computer science from the same university and obtained his master degree in computer networks and computer science systems in 2006. His research work is centered in the assesment of libre software communities from an engineering point of view and especially with regard to quantitative and empirical issues.

Felipe Ortega is postdoc Researcher and Project Manager at GSyC/Libresoft. He received a M.S. (2003) in Telecommunications Engineering from Alfonso X El Sabio University, and a Ph.D. (2009) in Computer Science from University Rey Juan Carlos. Felipe is interested in empirical approaches to study large-scale Internet communities, like Wikipedia, FLOSS development projects and social networks, modelling their dynamics and evolution. His Ph.D. thesis [PDF], licensed CC-BY-SA 3.0, presents a side-by-side comparison of the top 10 languages in Wikipedia, from different perspectives.

He is also interested in research, promotion and education on libre software. He teaches statistics, open source business models and analysis of FLOSS communities in the Master on Libre software at University Rey Juan Carlos. He is also lecturer in the Master in Digital Economy and Creative Industries at EOI, covering topics related to commons-based peer production, collaborative communities and open source business models.

Roberto Calvo started in the free software world in year 2000, coinciding with his student days at the Universidad Rey Juan Carlos (URJC) where he graduated. At this time participated in the organization of the Congress HispaLinux in 2003 and he developed the first live distribution of GNU / Linux for URJC’s students. Since the beginning of college is developer of JDEROBOT free software project, aimed at teaching in robotics. Currently, Roberto is a researcher in the group of free software GSyC/LibreSoft of the Universidad Rey Juan Carlos

The last three years has been in the mobile section of the GSyC/LibreSoft group, where their efforts have focused on coordinating and develop with more people the first FLOSS (Free, Open Source) augmented reality system for Android (LibreGeoSocial), and co-organized with Google the first Android Developer Lab in Spain. In addition, he teaches android in the Free Software Master (URJC). One of his major interests is the existence of an Android community in Spain unde a philosophy of free software, for this Roberto attended Google I/O 2009 in San Francisco (CA), and he co-organized a Android Developer National Event, Trekking Android.

Top Metrics to Track for your Open Source Community

The Impact of Openness – Creativity on Education

Openness in education has changed over time and now more than ever in this digital age we live in, it has an even more positive impact on education than a decade ago. Creativity is playing a larger role in the educational environment when it is combined with open educational

While the benefits of open source software are many managing an open source project does not come without some risk. Every project comes with an element of risk, and just how much risk there is can be broken down to two components; perceived risk and real risk. Being aware

Making cmetrics more user (and research) friendly Published by lcanas on Wed, 2011-03-09 16:37 Israel Herraiz made some changes in the master branch of cmetrics and created a tag for the code that will be part of a new release of CMetrics in the next weeks. This new version

The Free Technology Academy has recently announced the incorporation of the University Rey Juan Carlos (Spain) to its Associate Partner Network, through the participation of the LibreSoft research group. One of the main research topics at the LibreSoft group is the quantitative measurement of Free Software development patterns and

OSOR is nominated for the Focus 2010 awards as finalist.

Practical Guide to using Free Software in the Public Sector

Practical Guide to using Free Software in the Public Sector has been published recently in the OSOR web site. This guide is under Creative Commons “Attribution + ShareAlike” licence and has been authored by Patrice-Emmanuel Schmitz. This guide explains some basics about software to help non technical people to